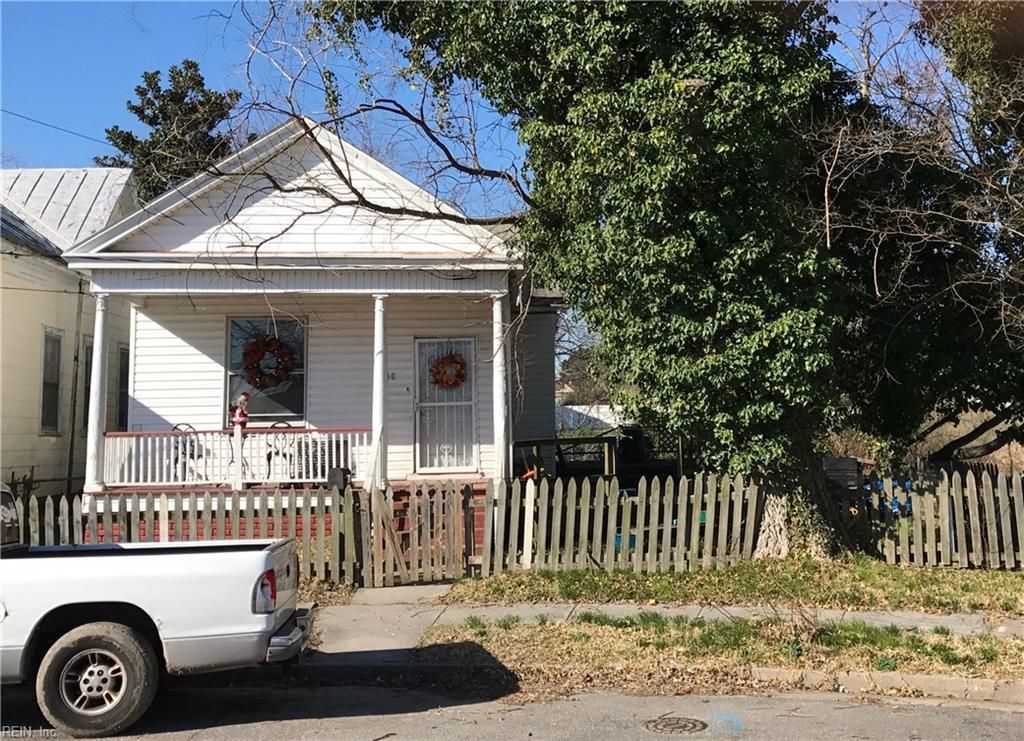 I would first like to clarify that I would not post anything on here without solid proof.  I know some of Nate’s personalities on the WOGI iHub forum want to discredit this blog as “fake”.  However, you can clearly see we have provided links and resources, all of which can be verified by any of our readers.  If you would like additional information or copies of documents, don’t hesitate to email us.  Everything posted has PUBLIC INFORMATION available to back it up.  Our email address is at the bottom of each post and in the sidebar.

Nathan Hall approached me about a house he had for sale in Portsmouth, Virginia back in July or August of 2016.  He also attempted to sell me emeralds (read about his emerald scams in his criminal case sometime). He sent me a copy of the appraisal for the house.  He told me he had never lived there and it was just a revenue source for him.  However, court records from his criminal case would state otherwise.  Nate did reside there while living in the United States once upon a time.  More information about that later.

Nate had made it clear me and others that the money situation was dire, especially in light of the Chimbote Port talks and other discussions that would require him to dish out some funds.  The initial of this home appraisal shows a value of $125k but it needs a great deal of work.  You can see images within the appraisal as he very recently removed images from the Zillow Listing, leaving only a frontal shot of the home.  Needless to say, I politely declined.

As you can see, over the months since Christmas 2016 (and many pending sales failed later), he has become more and more desperate for money.  The house now sits at a $55k (Cash Only) asking price.  At the time of this post, there’s yet another sale pending.  Now it is unknown if the attorneys in the cases he’s involved in are aware of this house being sold.  I am sure some of them would like to recover judgments against him and this could be their only opportunity for a while to do so via this house sale.  So who knows how much Nathan would really end up with on this sale.

Given my personal knowledge about money loaned simply to pay his personal bills to Nate; in addition to what money he had hit me up for, I am fairly confident Nate is in a dire financial situation.  I have retained chat logs and other communications regarding conversations about his situation.

What does come to mind are the many amusing stories that Nate told myself and several other individuals.  This includes several WOGI partners and potential partners.  Nate told these unbelievable stories about his old home worth over $50million and how it had its own helicopter pad and pool and nice cars, etc.  He claimed he lost it all in his court case and the government swooped in and took it from him.  Guess What?!?!

Now, he did use to live off and on in a nice place with his former partner in crime in his criminal case.  Perhaps Nathan just got confused when telling his stories and thought he owned everything his partner once owned.  I mean, when you are spinning so many tales at once, it must be difficult to keep up with reality.

This home in Portsmouth, Virginia is the only one he has ever owned.  He has girlfriends support him as he bounces around.  Right now, he’s using the address of a girlfriend in Debary, Florida.  It’s what he does.  This behavior dates back many many years for Nate.